"As a gay man living with HIV, mental illness and addiction, Mark wanted to help others living with such conditions.  To that end, in 2003, Mark, who has survived suicide attempts as well as prostate cancer, founder Pink & Blues, a peer-run recovery support group and safe space for LGBTQI people living with mental illness, substance abuse and health conditions, including HIV." 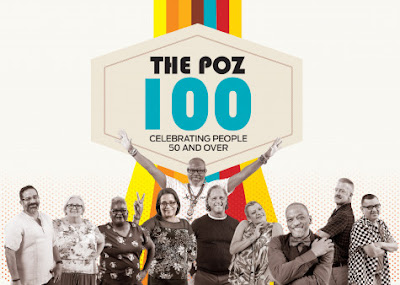 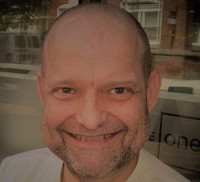 "In 1987, Mark was elected founding president of the Pennsylvania Mental Health Consumers' Association. A year later, he was diagnosed HIV positive."

"In 2009 Mark was awarded a Consumer Leadership Voice Award by the Substance Abuse and Mental Health Services Administration for his work in the mental health field, including advocating with survivors of suicide attempts.  Mark's goal is to help eliminate needless deaths by suicide and overdose that disproportionately affect LGBTQI people from all generations." (POZ 100 2018)" 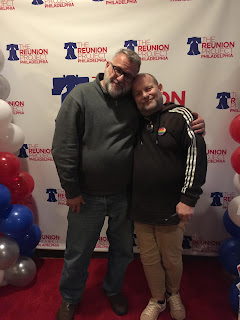 I had the pleasure of meeting Mark back in 2008 at the LGBT Center in NYC where he was presenting on a panel discussion on Mental Health sponsored hosted by the Rainbow Heights Club.

Mark and I continued working together on various projects with the National Alliance on Mental Health and Substance Abuse and Mental Health Services Administration since then.

Pictured above is a recent photo of Mark and I attending The Reunion Project Philidelphia.  We both spoke up on mental illness that day when the mic was passed around, others that same day started opening up about their own mental health and addiction recoveries.  Know you are not alone.
Posted by Stephen Puibello at 12:48 PM